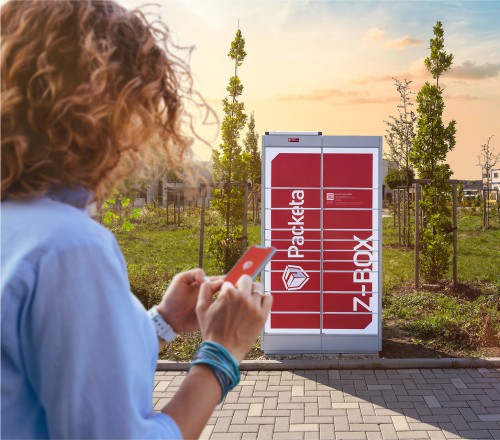 Packeta Group was originally founded as Zásilkovna in 2010 in the Czech Republic. It is a logistics and technology franchise project of Simona Kijonková—the first lady of Czech e-commerce. Since then, it has grown into one of the most successful companies in the Czech Republic providing complex services in logistics to e-commerce partners. Packeta has been showing profit continuously since 2013 and has been doing so without any subsidies, external financing, or financial investors.
Packeta holding currently consists of 14 subsidiaries which are present in 8 countries, and delivers to 34 countries worldwide. The holding is run by Simona Kijonková. Packeta also operates a successful “Between Us” service for C2C delivery and currently has more than 10K company pick-up points (7K+ in the Czech Republic), almost 92K partner pick-up points, and cooperates with over 32K+ eshops. In 2021, more than 73 million parcels had been delivered which resulted in year-on-year growth of 86.4%.
Global digital platform for e-commerce
Packeta is a global digital e-commerce platform with local infrastructure that supports the business side and expansion of more than 30K European online stores. Among the clientele can be found the largest of Czech and European eshops. Packeta also helps with the digitalization of retail stores and has gradually implemented around 9 000 small and medium-size businesses across 5 countries into its platform.
Worldwide through a single connection
Through its digital platform, Packeta offers the connection to ERP systems, most-used European e-commerce solutions, and open-source solutions where Packeta self-programs modules of integration to almost all payment systems used in 34 world countries. Packeta provides the option of cash on delivery payment and can process all European currencies which later get converted to the client´s preferred currency. Furthermore, Packeta offers the delivery of online-purchased goods to customers in 34 states: besides the EU also Russia, the USA, Ukraine, the UAE, and Switzerland.
Packeta gives you the opportunity to be integrated into 77 world logistics companies and carriers as well as offers its own company infrastructure which consists for example of 53 depots in 5 countries or hundreds of delivery vans that are gradually being electrified.
Technology is in our DNA
As a tech company, Packeta invests tens of millions of CZK into the automatization and robotization of its products and services. Packeta undeniably belongs to market leaders and its solutions are being adopted by other companies on the market.
Z-BOX, the self-service pick-up point
One of such solutions is our Z-BOX—a contactless self-service pick-up point controlled simply via app. Z-BOXes are sustainable because they only need a bit of solar power to function and are available 24/7. They represent a completely unique tech solution that nobody else in the Czech Republic is yet using. All you need to do to pick up a parcel is have our app installed on your smartphone and turn on Bluetooth. Upon pick-up, the app will pair automatically with the Z-BOX via Bluetooth and the locker with your parcel will be opened. Online payment for delivery is possible as well as cash on delivery. The Z-BOX takes only a few seconds to operate both when being filled with delivered parcels by a Packeta employee, and when a customer comes to pick up a parcel.
Robots on the rise
In 2021, Packeta Group introduced another invention—parcel sorting robots, PackMen. PackMen are small AGV carts that can carry parcels with 40 x 40 x 50 proportions weighing up to 15 kg. Packeta is the first European company to start using such robots for parcel sorting. With having to charge only for 10 minutes, a PackMan can run for up to 2 hours.
PackMen sort parcels twice as fast as humans. They can sort up to 10 000 parcels in just 1 hour! Thanks to them, human depot employees have more time for other job responsibilities.
Social media
FB: https://www.facebook.com/PacketaGroup
IG: https://www.instagram.com/packeta/
LI: https://cz.linkedin.com/company/packeta
Contact
ae.packeta.com
business@packeta.com