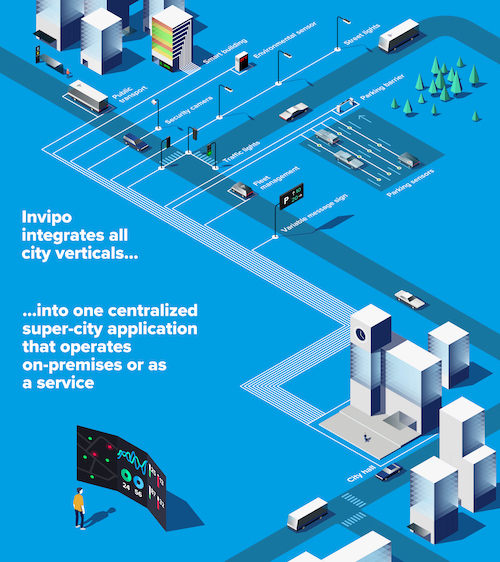 The Invipo integration platform is a clear-cut and user-friendly application designed to centralize cities’ data. Using integrated information, an umbrella application enables the effective management of urban technologies, the identification of eventual problems, and their quick and intuitive resolution, as well as delivering useful and up-to-date information at any time to end users through a set of modern information channels.

Invipo unifies data forwarded by a range of so-called vertical technologies (traffic lights, traffic counters, air quality sensors, streetlights, bike sharing, public transport, energy consumption, etc.), stores it in one robust database and then transforms it into actionable information. Invipo is a system of four separate applications, each of them focusing on a different group of users and presenting interpretations of the accumulated data in the most convenient ways possible.

An application for municipalities, city organizations and authorities, which is not accessible to the public. By monitoring the operational status of city facilities, it supports operators in service planning and provides direct control of these facilities to competent persons. What is more, city management will appreciate statistical outputs and analyses based on real data, which will enable better strategic planning of further city development. The platform itself can also automate a number of processes. It enables interoperability between individual systems and facilities, and the use of so-called smart scenarios. It constantly and automatically evaluates pre-defined conditions and, in the event of a situation that requires intervention, it can influence the behaviour of integrated devices or notify operators.

A simple, clear-cut web page that presents visualizations of the gathered data to the general public. This way, citizens can view what’s new and what’s being planned in their city, or even, as an example, check if the morning bus is coming on time or if there are any available parking spaces in the city centre.

A native application for the operation systems Android and iOS is a pocket-sized version of the Public portal, and as such, fulfills the task of being a modern information channel between the city hall and its citizens.

Based on our interpretation of the smart city concept, we believe that all data generated in a city over time should be returned to the general public, so that it can be further processed and can develop the city or improve quality of life. As such, the last part of the integration platform is an online catalogue, offering datasets’ description and access to them. They can be then analysed by the public, startups or universities and can serve as a basis of new applications. Incinity is a purely Czech company, focusing on the development, delivery, and support of Invipo, its own integration platform for smart cities and intelligent transport systems. Incinity has been on the market for six years. It has been awarded important local and global awards (Intertraffic, Amsterdam, 2016; Smart City Award, Seoul, 2017; Innovative Company of the Zlín Region, 2018) and its platform now improves peoples’ lives in more than 50 cities worldwide. 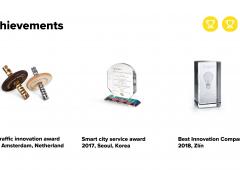 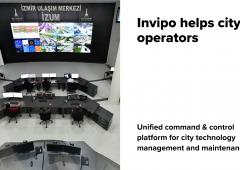 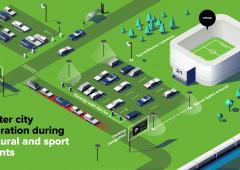 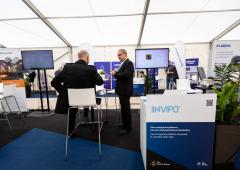 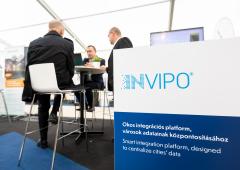 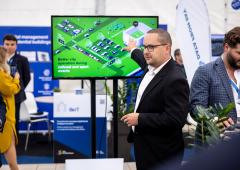 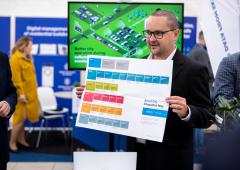